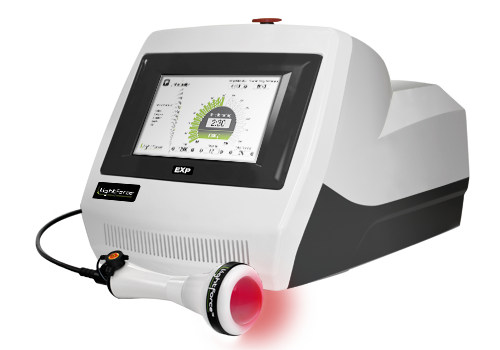 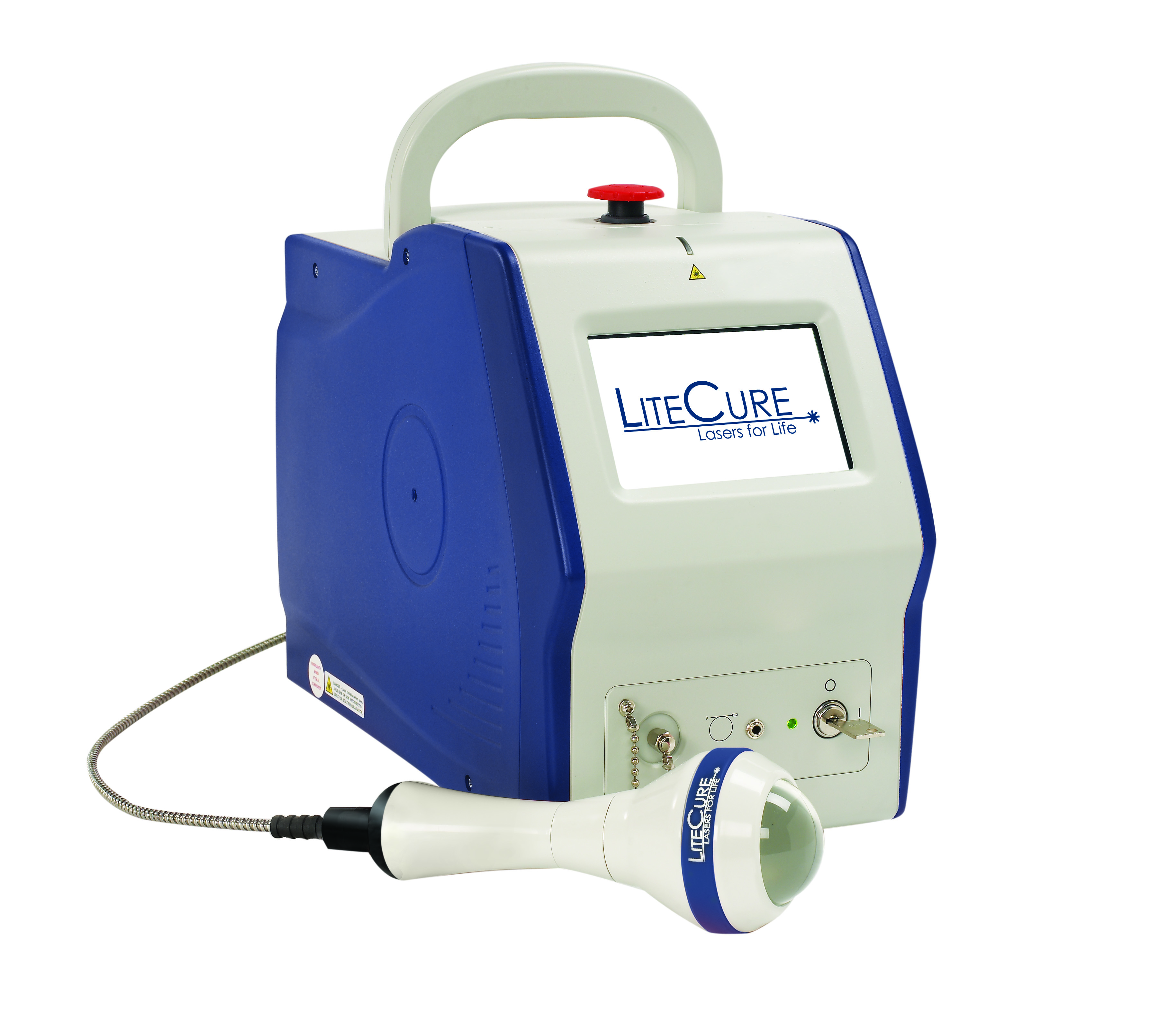 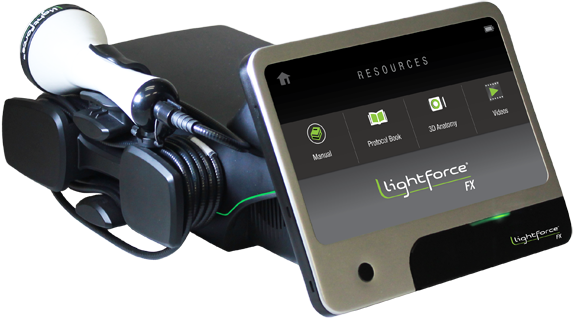 Cost per Watt is: $1900-$1950
(factoring in the Dual Wavelength which splits the total power into two separate wavelengths. No proven efficacy for this feature/function)

The main challenge with making laser therapy effective is diffusion of the beam through various tissues. Litecure has chosen to use a thick quartz ball on the end of the probe which no one really knows how much it reduces or diffuses the infrared beam. I have never gotten around to checking the power output with a power density beam meter. It just seems like very silly engineering to put a hunk of quartz infront of the main beam. It’s not like the quartz is shaped to be a lens that focuses the beam because that would be a different kind of effect this is mainly to give people that touchy feeling comfort of rolling the laser over the body.

Also the roller ball hand piece feels great but obstructs the total laser beam and collects dead skin, hair fibers and gunk during the treatment back into the Quartz ball handpiece which is difficult to clean between patient use. Most Doctors don’t disassemble and sanitize between patient treatments. This has potential to transfer from patient to patient. Go to a trade show for example and have them demo the laser to you and the next person and the next person. Most likely they will not clean it between patient contact and use. Disgusting.

Once again it looks like the company has more preference for appealing to consumers making decisions that compromise efficacy (Dual Wavelength to compete with KLAser) or a rolling hand piece to just appear different than the competition. Whatever happened to design that is based upon functionality and Science? These companies act like these devices are not for medical usage. What next a small screen TV in the machine so you can watch your favorite Netflix show during those long boring patient treatments?
What about WiFi capabilities so you can do Skype calls?